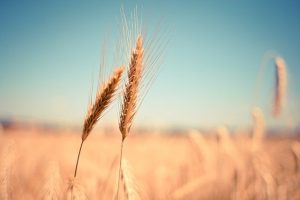 Turmoil in the commodity markets has increased since Putin invaded Ukraine. One area of volatility that’s not getting near the attention is should: fertilizer. There’s a crisis brewing here that could affect millions of people far removed from the battlefield:

Fertilizer prices were already high before the war. They have now reached record levels amid a precipitous drop in Russian supply, according to CRU Group, which analyzes commodity markets. At the same time, more-expensive natural gas, another Russian export and a crucial ingredient in fertilizer-making, has led European fertilizer factories to scale back production.

The result is that fertilizer is about three to four times costlier now than in 2020, with far-reaching consequences for farmer incomes, agricultural yields and food prices.

The knock-on effects could lead to shortages of staple products:

The Global Network Against Food Crises, an alliance of humanitarian and development groups, estimates that by last September, 161 million people across 42 nations in 2021 faced acute malnutrition or were forced to sell assets or take other desperate measures to procure food—up 19% from the start of the year.

“I am deeply concerned that the violent conflict in Ukraine, already a catastrophe for those directly involved, will also be a tragedy for the world’s poorest people living in rural areas who cannot absorb the price hikes of staple foods and farming inputs that will result from disruptions to global trade,” said Gilbert Houngbo, president of the U.N.’s International Fund for Agricultural Development…

Global markets have made the world richer, and better fed that ever. Bu they are not invulnerable. Introduce war into a vital part of the chain, compounded with already rising prices and assorted uncertainties from the pandemic to labor crunches, and we have a recipe for a global disaster.

Courtesy of a Russian dictator bent on conquest.

The limits of energy ‘independence”