Home > Police State > The authoritarian impulse to save the planet 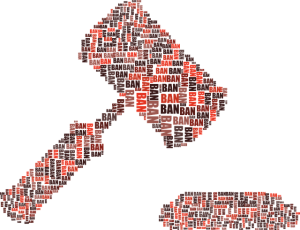 Putin’s invasion, and his long-term designs on getting the old Russian Empire back together, have put the spotlight on those in the West who have turned to authoritarian strongmen as an ideal that way to help them realize their policy goals.

Most often – and correctly – the focus has been on the far right, which in recent years has embrace authoritarians like Putin because he checks their ideological boxes on a host of social issues.

But the left isn’t immune from its strongman fantasies, particularly when it comes to climate change. As J.D. Tuccille writes:

…Elected Officials to Protect America (EOPA) held a virtual press conference calling on President Joe Biden to invoke the Defense Production Act (DPA) “to accelerate a clean energy transition for energy security” and, incidentally, “to help Ukraine.” The Ukraine mention, one suspects, was thrown in because the DPA lets the federal government centrally direct the economy for national defense purposes. Then-President Donald Trump stretched “national defense” in 2020 to cover COVID-19, but the EOPA seem to recognize that climate change may be a step too far on its own, hence “Ukraine.”

“The DPA authorizes the president to require businesses to accept and prioritize contracts for materials deemed necessary for national defense, and allows the president to designate materials to be prohibited from price gouging and hoarding,” EOPA helpfully adds on its website.

EOPA, which claims to represent 1,313 elected officials in all 50 states, also wants the president “to go further than activating the DPA,” according to a press release. “It supports a clean energy plan and asks for a Presidential Climate Emergency Declaration under the National Emergencies Act. A declaration will communicate the urgency of the climate crisis and unlock specific statutory powers.” If a law granting semi-dictatorial powers during wartime isn’t enough and you call for a state of emergency to “unlock specific statutory powers,” you just might rank among those who have lost all patience with dissent and democracy and believe something more thuggish is required.

Unchecked executive authority is dangerous, at any time, regardless of one’s policy goals. We forget that at our peril.