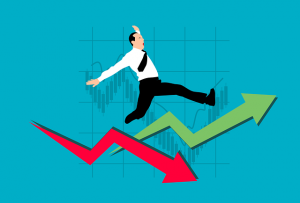 Sanctions make the case for globalization

While Putin’s invasion of Ukraine has served to further expose him as the murderous tyrant he is, that conflict has also shown us all something about globalization: it’s powerful. And it works.

…sanctions only work when there is globalization.  If a country is an autarky, i.e., relying solely on domestic production, then sanctions are ineffective.

People say, “Obviously globalization doesn’t work, as we still have bad things happen in the world.”  Yes, the advantages of globalization have been oversold.  (Recall the McDonald’s test.)  But what is the counterfactual?  Suppose we end globalization and each country becomes as autarkic as North Korea.  Does that make the world more peaceful or more violent?

Our best hope for world peace is to enmesh every country so deeply in a web of interdependence with its neighbors that even our dimwitted leaders will be able to see the negative sum nature of war.  Globalization may not prevent war, but it makes war less likely at the margin.  And if war does break out, economic interdependence gives us a weapon to use in place of violence.

Globalization also makes the world a richer place.  Economic development doesn’t guarantee peace, but greater wealth does make countries more peaceful, on average.  They have more to lose from war.

Nothing guarantees peace. But a market system where every player has a demonstrated interest in free, peaceful exchange should make war less likely. Think of it this way: free trade has done more to make the world richer and relatively more peaceful than the United Nations.

Progressives embrace rule by decree rather than Congress