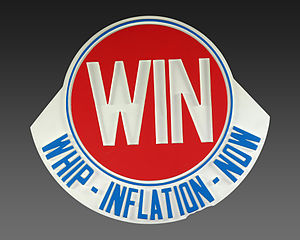 Inflation could become a long-term problem

Even as the Federal Reserve begins its long overdue effort to raise interests rates and attempt to get inflation under control, one former central banker, Charles Goodhart, says the inflation is going to be with us for decades to come. The reason? A pronounced change in global demographics:

Mr. Goodhart reasoned that a seismic shift was under way in the world economy, one that fiscal stimulus and the post-pandemic recovery would only hasten. A long glut of inexpensive labor that had kept prices and wages down for decades, he said, was giving way to an era of worker shortages, and hence higher prices.

“The coronavirus pandemic will mark the dividing line between the deflationary forces of the last 30 to 40 years and the resurgent inflation of the next two decades,” said the 85-year-old economist in an interview. He predicted that inflation in advanced economies will settle at 3% to 4% around the end of 2022 and remain at that level for decades, compared with about 1.5% in the decade before the pandemic.

Three or four percent may not seem like a lot. But over time, its bite is no less significant. Goodhart’s bottom line:

Mr. Goodhart predicted that with global debt at record levels and asset prices elevated, central bankers will struggle to tame inflation without forcing a deep recession. A golden era for central bankers is ending, he said, and “life will become a lot harder.”

To be clear: not everyone agrees with this outlook. But many of the doubters are the same economists who said the current inflationary bout was “transitory” and nothing to worry about over the long term.