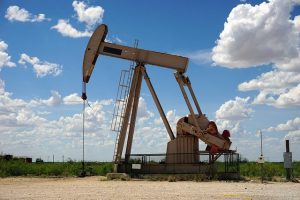 There have bene a number of references to the nation’s Strategic Petroleum Reserve (SPR) in recent weeks. The most recent was Joe Biden’s declaration that 30 million barrels of SPR oil would be released to the open market to limit price hikes as the Russia-Ukraine war intensified.

But what about the SPR itself? Is it fulfilling its purpose to serve as a backstop for U.S. oil consumption when global markets go haywire? Not really. And according to the National Taxpayers Union, the SPR has become a political piggybank elected officials use to “pay” for all sorts of things:

As part of the bipartisan infrastructure bill passed by Congress in November of last year, the SPR was authorized to draw down and sell off over 87 million barrels of crude oil, a sale that allowed Congress to offset $6.1 billion of the cost of the bill. Never mind that any drawdowns from the SPR must be replenished, meaning that SPR sales end up being about budget-neutral — in its foolish attempt to make government math work for the infrastructure bill, Congress authorized the sale of an amount nearly three times as large as it has thus far in response to essentially cutting off oil imports from a major global supplier.

Of course, if you’re wondering why gas prices kept climbing even after the infrastructure bill passed in November, it’s because no oil has been released from the SPR yet as a result of that legislation. In fact, the Infrastructure Investment and Jobs Act does not authorize the SPR to release any oil until FY 2028 at the earliest.

The reason is simple: Congress was treating sales from the SPR as a way to claim that the infrastructure bill was “paid for,” not for any “strategic” purpose. It was hardly the only gimmicky offset used in the passage of the infrastructure bill, but it is the one that poses the greatest risk to energy security, as Americans are now finding.

And the games have been going on for a long time:

In recent years, the SPR has been treated more and more casually as American energy independence improved and a major conflict seemed less likely. Drawdowns from the SPR were authorized in part to offset the cost of unrelated legislation in 2015, 2016, 2017, three times in 2018, and 2020.

In other words, the political class doesn’t treat it seriously (the “S” in “Strategic” means whatever they want it to mean) and as for the “Reserve” Part:

There’s a legitimate policy debate to be had over the usefulness of the SPR. Treating the SPR as a bipartisan slush fund for more government spending undermines the case for keeping it at all.