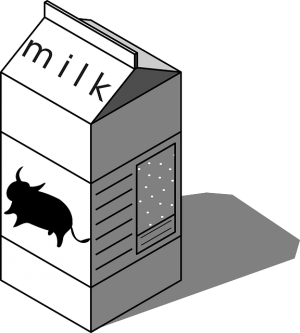 Never underestimate the ability of politicians to fight battles on the fringes of both common sense and reality.

As Brooklyn borough president, Adams supported a proposal in 2019 to ban chocolate milk in schools by his predecessor, Bill de Blasio, decrying abundant levels of sugar in a drink readily available to the city’s youth. He urged de Blasio’s Department of Education to adopt a pilot program that would bring nondairy milk to schools, but the proposal never came to fruition.

Adams’ new administration has other priorities right now, but it could focus more of its efforts on chocolate milk in coming months, according to a person familiar with the matter.

“We are committed to having healthy options in schools for students and are taking a holistic look at the well-being of our children,” Amaris Cockfield, a mayoral spokesperson, said in a statement. “We will continue to engage all stakeholders in this conversation.”

Days before announcing in February that Friday school menus would go vegan in the city, Adams took aim at chocolate milk as an offering for students. (There is still milk — including chocolate milk — on the Friday menu, per federal requirements to offer milk with school meals.)

“In one voice, we talk about fighting childhood obesity, diabetes, yet you go into a school building every day and you see the food that feeds our health care crisis,” he said.

Adams says he isn’t interested in becoming the city’s nanny. But this is exactly the sort of busybody behavior we have come to expect from politician-nannies.

Bottom line: Leave the kids alone. And if Adams can’t help himself, then it’s time for more NYC parents to discover the benefits of school choice.