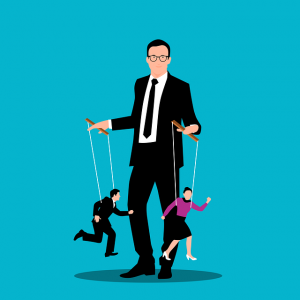 Official Washington has long been a magnet for foreign money and influence – including plenty of money from dictatorships and their suspect state enterprises. It’s no surprise, then, that Russia has spread plenty of cash around DC over the years, employing lobbyists and lawyers to wheedle, plead, and beg from U.S. lawmakers.

The cash was flowing wide and deep…right up to Putin’s invasion of Ukraine:

Russia’s invasion of Ukraine has done something previous tensions between Moscow and Washington could not: convince American lobbyists to turn down money from Kremlin allies. Even after the annexation of Crimea in 2014 and reports that Russia interfered in the 2016 election, the spigot of Russian money to K Street kept flowing.

Those six entities have now been targeted by sanctions from the Biden administration. And, virtually overnight, any remaining ties they had with D.C. lobbying shops have been severed.

Because it’s hard to keep pleading on behalf of Russian banks when Russian tanks are rolling through the Ukrainian countryside. Or at least it is when the images are splashed on global TV and social media channels 24/7.

Though to be fair, all of that lobbying was legal, so long as the right forms were completed. And the real question is how long before the lobbyists start trafficking in rubles once again:

…lobbying experts suspect that the same Russian institutions will find representation once again from lobbying shops eager to accept their hefty payments when the sanctions are lifted. A number of groups cut ties with Saudi Arabia amid pressure in the wake of the 2018 slaying of Washington Post journalist Jamal Khashoggi. But some retained their Saudi clients, and the country has found itself a slate of new firms in the intervening years.

And so it goes for a host of kleptocrats, autocrats, thugs and pariahs. The only bad actors who can’t get a DC lobbyists on retainer are those who can’t afford the fees.

And let’s be clear: a fair number of the lobbyists cashing Russian checks were ex-members of Congress, pursuing the oldest of post-congressional career choices…influence peddler for hire:

Though foreign nationals cannot contribute to U.S. elections, lobbyists for those entities are under no such restrictions. And, as such, they continued to give. Vincent Roberti, a former lobbyist for Nord Stream 2 AG whose firm’s website, until recently, said he advised President Joe Biden’s 2008 presidential campaign — a detail that has since been scrubbed from his online bio — gave $100,000 to the Democratic Congressional Campaign Committee in November 2019 as a “headquarters/building fund contribution,” according to the Federal Election Commission. He also gave $46,100 to the Nancy Pelosi Victory Fund in 2019, among other contributions in recent years.

Federal government dithering stands in the way of marijuana legalization