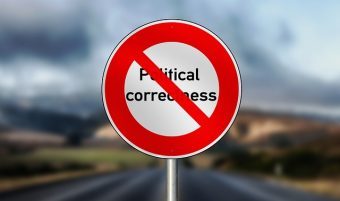 There’s been a lot of debate about “wokeness” in the country, but not enough real examples of what this catch-all term for things some people don’t like really does…let alone why it should be opposed.

Writing in the Wall Street Journal, Andrew Gutmann and Paul Rossi say they have seen the tapes – literally a 100 hours or so of what they say are “leaked videos from 108 workshops held virtually last year for the National Association of Independent Schools’ People of Color Conference.”

Okay. What do these secret tapes tell us? That all is not well in private schools:

Schools must integrate DEI work into every aspect of the school and every facet of the curriculum must be evaluated through an antibias, antiracist, or antioppressive lens. In “Let’s Talk About It! Anti-Oppressive Unit and Lesson Plan Design,” we learned that the omission of this lens—“failing to explore the intersection of STEM and social justice,” for instance—constitutes an act of “curriculum violence.”

All school messaging must be scrubbed of noninclusive language, all school policies of noninclusive practices, all libraries of noninclusive books. Inclusion also requires that all non-Bipoc stakeholders become allies in the fight against the systemic harm being perpetuated by the institution. In “Small Activists, Big Impact—Cultivating Anti-Racists and Activists in Kindergarten,” we were told that “kindergartners are natural social-justice warriors.”

It isn’t enough for a school to be inclusive; it also must foster “belonging.” Belonging means that a school must be a “safe space”—code for prohibiting any speech or activity, regardless of intent, that a Bipoc student or faculty member might perceive as harmful, as uncomfortable or as questioning their “lived experience.” The primary tool for suppressing speech is to create a fear of microaggressions.

In “Feeding Yourself When You Are Fed Up: Connecting Resilience and [Diversity, Equity, Inclusion] Work,” we learned techniques, such as “calling out,” that faculty and students can use to shut down conversations immediately by interrupting speakers and letting them know that their words and actions are unacceptable and won’t be tolerated. Several workshops focused on the practice of “restorative justice,” used to re-educate students who fall afoul of speech codes. The final step to ensure belonging is to push out families or faculty who question DEI work. “Sometimes you gotta say, maybe this is not the right school for you. . . . I’ve said that a lot this year,” said Victor Shin, an assistant head of school and co-chairman of the People of Color Conference, in “From Pawns to Controlling the Board: Seeing BIPOC Students as Power Players in Student Programming.”

There’s a lot more at the link. The authors warn, somewhat apocalyptically:

…diversity, inclusion, belonging, equity and justice has gained influence in public education, universities, corporate workplaces, the federal government and the military. For the sake of our children and our nation’s future, it must be dismantled.

And replaced with…what? The authors do not say. But in the case of private schools, the market will — rightly — decide whether they succeed or fail. Private school administrators who forget this may soon find themselves on the wrong side of a parent exodus.