Home > News > The electric grid is getting more unreliable 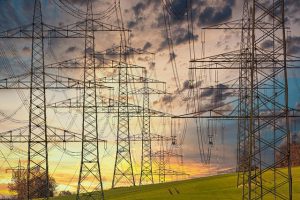 The electric grid is getting more unreliable

Maybe you’ve noticed it: the lights flicker, even on days when there’s a light breeze or sunny skies (nevermind the days when big storms roll through). What gives?

Turns out, what’s giving is the electric grid itself. The infrastructure is getting old, being asked to do even more, and power sources feeding it are less stable:

Much of the transmission system, which carries high-voltage electricity over long distances, was constructed just after World War II, with some lines built well before that. The distribution system, the network of smaller wires that takes electricity to homes and businesses, is also decades old, and accounts for the majority of outages.

Fixing it all would cost roughly $200 billion – largely paid for through higher rates. Then, of course, there’s the weather:

Weather-related problems have driven much of the increase in large outages shown in federal data, topping 100 in 2020 for the first time since 2011. Scientists have tied some of the weather patterns, such as California’s prolonged drought and wildfires and the severity of floods and storms throughout the country, to climate change. They project that such events will likely increase in years to come. Unlike electric systems in Europe, distribution and transmission lines in the U.S. were typically built overhead instead of buried underground, which makes them more vulnerable to high winds and other weather.

Those weather extremes are raising the costs of power network upgrades for utilities all over the country. That in turn is set to raise power bills for homeowners and businesses.

With a less reliable grid asked to do more work for more customers, it’s little surprise that more people are turning to backup power systems, such as whole house generators, or solar and other alternative electric sources that make them less reliant on a central provider.

The bottom line: when even power companies are hawking backup generators, you know the problem is real. And people are responding in kind.

GAO: HHS unprepared for the next pandemic