Home > News > The Great Resignation? More like the Rise of Entrepreneurs 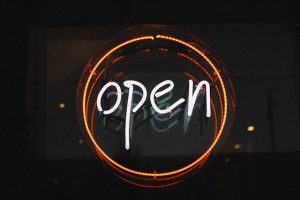 The Great Resignation? More like the Rise of Entrepreneurs

Where did all the workers go? It’s a question economists and politicians are still trying to unravel.

Popular bromides on the right and left about unemployment benefits seem to be missing a larger point appearing in other data. Did people leave the workforce? Some did. A good number of others, though, decided they wanted to work differently – and for themselves:

Since the start of the pandemic, according to Labor Department data, self-employed worker totals have shot up by half a million. Applications for federal tax identification numbers for new businesses increased by 56 percent during the first 10 months of 2021. As The Wall Street Journal reported in November, most of those new firms were not expected to hire any employees. Employment at large firms dropped for the first time in more than a decade and a half, while total self-employment hit a peak not seen in more than a decade. By most any measure, the economy is witnessing the biggest boom in entrepreneurship in a generation or more.

While the Great Resignation could be seen as an indication that Americans are tired of work, or at least tired of work under the strain of COVID, it might also be a sign that many Americans want to work differently, without the bureaucratic constraints and inflexibility of large organizations. Online tools and platforms, from Zoom to Substack to Etsy to Stripe, make this easier than ever.

A nation of entrepreneurs, striking out on their own rather than punching someone else’s clock. Sounds a lot like freedom.