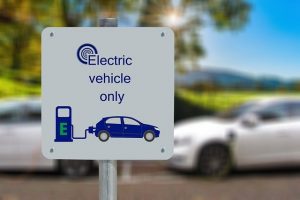 Electric cars won’t save the planet

Electric cars (EVs) are touted as a route to a cleaner environment and a more stable global climate. While such claims have always been more marketing points than reality, the EV gospel contends that even with the drawbacks and tradeoffs, the electrified cars of the future are infinitely better than today’s fossil-fuel relics. The reason? They will help save the planet from climate catastrophe.

The International Energy Agency (IEA) estimates that if every nation achieves their ambitious targets on increasing electric car ownership, it will reduce CO2 emissions in this decade by 235 million tons.

That, according to the UN Climate Panel’s standard model, will reduce global temperatures by about one ten-thousandth of a degree Celsius (0.0001c) by the end of the century.

That’s not even a rounding error. But it’s also just the beginning of the costs of EVs, including, “the harsh environmental and social costs that come with mining rare metals needed for batteries.”

What’s the average politician to do?

…we need to realise that climate change doesn’t care about where the emissions come from. Personal cars account for just 7 per cent of global emissions.

We should be targeting bigger emitters of CO2 such as industry, agriculture and electricity production, and specifically we should fund much greater investment into green energy innovation.

If science could make green energy cheaper than fossil fuels in these areas, that would be a game-changer. Then everyone, not only virtue-signalling elites, would be able to reduce their carbon footprint substantially.

Never underestimate the ability of the greatest resource on earth – human ingenuity – to solve the problem of making energy greener, cheaper and available to everyone. No mandates or virtue signaling required.

Another reason to end ethanol subsidies and mandates: they spur inflation

The other casualty of war: wheat