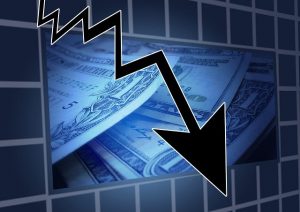 Facebook’s tumble is a sign competition is alive and well

The major political parties can agree on one thing: they despise so-called “Big Tech” companies. The reasons vary, but the list of proposed remedies is remarkably similar – break those companies up, and, if that fails, force them to bend to the whims of the state.

A funny thing about these supposedly unstoppable corporate behemoths…they are still very much subject to the laws of economics. Including competition, which can bring even the mightiest corporate titan to its knees in very short order. As Micheal Bloomberg notes, Facebook (or “Meta Platforms” as the company wants to be called), which is stumbling in a spectacular way in the face of competitive pressure. Bloomberg calls it a big win for capitalism:

Relentless competition…is one reason why the U.S. tech industry is thriving. It employs more than 7 million people, pays above-average wages, and makes up about 10% of gross domestic product. Many of its most popular products are free of charge. And its inventiveness helped significant elements of the economy to weather the pandemic, as anyone who has used Zoom should understand.

It’s worth keeping all this in mind as Congress advances a variety of antitrust bills that would designate Meta and a handful of its competitors as “covered companies,” in need of new rules to rein in their supposedly impregnable market power. The bills’ supporters say that regulation has not “kept up” as the tech companies have grown and evolved so spectacularly over the past three decades. Lost in the discussion is the possibility that these two facts may be related.

We could be generous and say that regulators and politicians are simply not aware of how markets work and so have little idea how competition affects even the biggest enterprises. But that gives politicians, in particular, too much credit. Most are just cynics looking for their next press hit. Here’s some truth:
The market is making clear that tech companies are not the invulnerable monoliths some politicians have made them out to be. Any sensible regulation would work first from this principle.

Facebook’s plunge is what Joseph Schumpeter’s “gale of creative destruction” looks like in action. It may be painful for individual investors. But for the country, it’s a sign of progress.

Yup. And not surprisingly, the country (still) makes progress despite, not because of, its political class.

How much inflation costs you each month

Supreme Court to decide whether government agents can avoid accountability