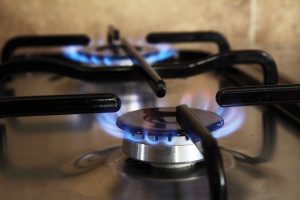 New York Gov. Kathy Hochul is running for a full term as the state’s top pol this year. One way she is hoping to set herself apart from the rest? Pushing a first-in-the-nation statewide ban on new gas hookups:

Hochul’s office outlined a plan to require zero on-site greenhouse gas emissions from new construction by 2027. The plan would also require energy benchmarking, or analyzing whether buildings are using more or less energy than those of similar sizes and occupancy levels, for large buildings.

“To make real progress on climate change, it’s time to tackle major sources of pollution head-on, ensure greener housing is available to all New Yorkers, and pave the way toward a more sustainable future,” Hochul said in a statement. “This transformative investment in green infrastructure will cement New York’s status at the forefront of climate action and ensure equity in our transition to a cleaner, greener state.”

Were this a genuine emergency, Hochul would have proposed a ban that went into effect immediately. But even the most theatrical of politicians understands such a move would entail tremendous costs, never mind where the electricity to power all these gas-free buildings will come from.

Policing for profit in Alabama