Home > News > The nuclear path to a green energy future 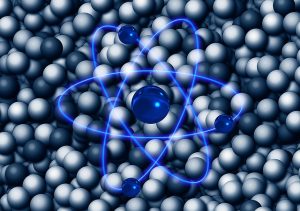 The nuclear path to a green energy future

Despite record cold snaps, brushes with fuel shortages, and an ongoing lack of green alternatives, major economies continue to look askance at nuclear power.  In Europe, plants are being shut down in a combination of fear of nuclear disaster and a misbegotten hope that windmills will help them reach a zero-carbon future.

Or plants simply aren’t being built, due to anti-nuclear hysteria, regulatory roadblocks, and more. Writing in the Wall Street Journal, Gernot Wagner says the investment in new reactors is critical to reaching our environmental and economic goals:

Despite longstanding concerns over its safety, nuclear power can play an important role in a low-carbon world. A recent study sponsored by the Environmental Defense Fund and the Clean Air Task Force concluded that to meet its net-zero pledge by 2045, the state of California will need power that is not only “clean” but “firm”—that is, “electricity sources that don’t depend on the weather.” The same is true around the world, and nuclear offers a relatively stable source of power.

Nuclear plants don’t depend on a steady supply of coal or gas, where disruptions in commodity markets can lead to spikes in electricity prices, as has happened this winter in Europe. Nor do nuclear plants depend on the weather. Solar and wind have a great deal of potential, but to be reliable energy sources on their own, they require advanced batteries and high-tech grid management to balance varying levels of power generation with anticipated spikes in demand. That balancing act is easier and cheaper with the kind of firm power that nuclear can provide.

No energy source is free of tradeoffs – even renewables have big, up-front carbon costs of manufacture (never mind the after-market costs of disposal). Is nuclear perfect? Of course not. But it’s the power source that can sustain the grid – carbon-free – on days (or weeks) when nature doesn’t cooperate. Turning a blind eye to the atom is an admission of unseriousness about a green energy future. Or worse, a determination to make the future colder, darker, and poorer for everyone.

Biden wants to turn the Fed into a climate change regulator

U.S. stumbles in ranking of global measure of the rule of law