Home > News > Discovering that the political class is a problem 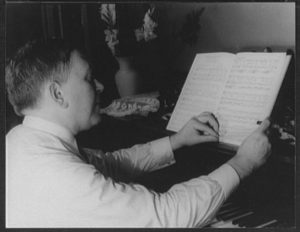 Discovering that the political class is a problem

Every now and then, the think tank apparatus will rediscover the notion that our political culture is broken, corrupt, and getting worse, and the only way to fix it is to reign-in the state’s powers over private live and activity.

All fine and good, and things we’ve argued in these posts for very long time. John Hod writes about a recent entry into this field, a book from Tony Woodlief titled “I, Citizen: A Blueprint for Reclaiming American Self-Governance.”

Of this book Hood writes:

Woodlief argues that the nation’s capital has become “an imperial city.” Its conquests have not only overturned America’s constitutional order but also needlessly made enemies of citizens who, despite their many disagreements, ought to be able to live together in peace and mutual respect.

“A decades-long ideological war waged by political elites in our name,” Woodlief writes, “has punctured the reservoir of goodwill that characterized American civic life for generations. Simultaneously, centralization of power in D.C. has eroded the authority of our elected legislatures, which has reduced control over our own government.”

Setting aside whether a “reservoir of goodwill” ever existed in American civic life, the general idea of a state that keeps people riled up to serve its own purposes isn’t new. Nearly a century ago, H.L. Mencken was making the same criticisms of the state, politicians, and the public at-large, including this gem: “All government, of course, is against liberty.”

But back to Hood’s book review…

The political class [Woodlief] describes includes journalists who for their own purposes devote more attention to clowns than to conciliators. It includes pollsters who construct either-or questions to produce artificially rigid measures of polarization. It includes consultants and activists and other private interests who prefer to play their rigged game in the Washington casino rather than having to engage us in the real, robust, inherently untidy communities across our sprawling country where we spend most of our time pursuing our own conceptions of the American dream.

Fair enough – or as Mencken wrote: “The whole aim of practical politics is to keep the populace alarmed (and hence clamorous to be led to safety) by menacing it with an endless series of hobgoblins, all of them imaginary.”

But let’s not let state and local governments off so easily. State capitols have their own species of special interests, grandstanders, and hucksters. Unlike official Washington, the political classes in state capitols and city halls can have immediate, lasting effects on your life – everything from the taxes you pay to how high your grass is allowed to grow. Concentrating one’s fire on DC isn’t bad. But pretending problematic political classes can’t be found well outside the beltway is just wrong. But so, too, is assuming that if politicians just listened to the people and trusted in their wisdom, everything would be awesome.

And as Mencken once said: “Democracy is the theory that the common people know what they want, and deserve to get it good and hard.”

Working around controls on ghost guns