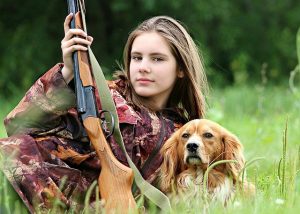 Working around controls on ghost guns

Governments are continually looking for new ways to restrict, ban, or otherwise prevent people from owning certain kinds of firearms. High on the ban list, so-called “ghost guns” that sound scary (on purpose) but are homemade versions of existing guns.

The ATF is eager to make ghost guns harder to make and harder to own. But the marketplace is coming up with a way around the state:

The Bureau of Alcohol, Tobacco, Firearms and Explosives (ATF) is expected to adopt a new rule in the coming weeks with the potential to undermine the DIY gun industry: It will require that the metal parts that hobbyists used to manufacture their so-called ghost guns be registered as legal firearms.

Cody Wilson, the founder of the Austin-based Defense Distributed and a prominent figure in the DIY gun movement, has been planning a countermove that he says will allow his customers to circumvent the new rule: The company has modified its $500 home milling machine so that users no longer need to load it with the partially fabricated metal parts subject to the new rule.

Instead, they’ll be able start from scratch with a solid block of aluminum.

The newest version of the Ghost Gunner, a milling machine that’s roughly the size of home printers, will now be able to “take raw materials…in their primordial state…and turn them into guns,” Wilson tells Reason. Blocks of aluminum will not be subject to the new regulation.

Agree or disagree with the sentiment, the situation is timeless: the more a government seeks to control a product or behavior, the more likely people are to look for ways around the controls.  It’s true for drugs, alcohol, even how fast you drive. That it would apply to DIY firearms? It fits the pattern.

Discovering that the political class is a problem

The exodus from high tax states