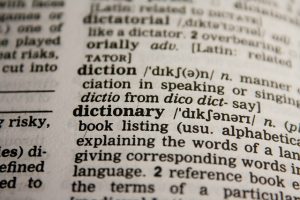 “Latinx” is on the outs

From the front lines of the conflict between woke progressives and everyone else comes this dispatch about Latino groups refusing to be called “Latinx”:

“When Latino politicos use the term it is largely to appease white rich progressives who think that is the term we use. It is a vicious circle of confirmation bias,” he tweeted.

“The reality is, there is very little to no support for its use, and it’s sort of seen as something used inside the Beltway or in Ivy League tower settings,” García told NBC News.

The Miami Herald, in an editorial, also denounced the term and urged left-leaning activists to “just drop it” while pointing to polls that the word wasn’t even popular among Latinos.

“’Latinx’ has failed to gain buy-in from the people it’s supposed to empower. It’s time to retire it from official use,” the editorial board wrote.

A small victory for clear, accessible language, a larger victory for self-determination. More of this, please.

Biden’s “free” COVID tests are no such thing