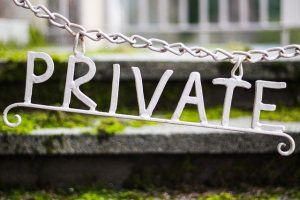 Government snooping is as old as the republic – and, absent a court-approved warrant – illegal. But that t prevent law enforcement from ignoring constitutional niceties when it thinks someone is up to no good.

Consider a Pennsylvania case the Institute for Justice is currently fighting in the courts about warrantless searches of private land:

Imagine spending July Fourth with family in the beautiful forests of the Allegheny Mountains. You’re sitting on the porch on private land, enjoying the peace and quiet and making memories. Then, a man storms up out of nowhere and says he’s been watching you for days with binoculars from a hidden spot on your property. Most people would call the cops. But in this story, the intruder was a cop—specifically, a Pennsylvania Game Commission officer surveilling Pitch Pine Hunting Club member Jon Mikesell without permission and without a warrant.

What happened to Mikesell is one of countless examples of wildlife officers snooping around on private land. Pitch Pine Hunting Club and its neighbor, Punxsutawney Hunting Club, have experienced these intrusions for years. Wildlife officers think they can get away with it due to an arcane legal rule called the “open fields” doctrine, under which private land gets no constitutional protection from warrantless searches. But now, the clubs are fighting back…

How is this possible? Even on land that is openly, and quite visibly marked with “no trespassing” signs?

“There are certain things you think you have as a property owner. You have No Trespassing signs, you expect privacy, and yet this guy’s walking in camo on your property like he owns the place,” Jon Mikesell said. “Do we have any rights?”

These wildlife officers think they can treat private land like public property because the Pennsylvania Supreme Court said they could in a 2007 ruling. In Commonwealth v. Russo, the Court held that the state Constitution’s provision against warrantless searches does not apply to private land. This flatly misreads the Pennsylvania Constitution, which has unique text protecting “possessions”—including private land—from such intrusions.

And here’s hoping they do – and in the process, make it clear that the Fourth Amendment applies to the states just as much as it does to the federal government. If game wardens want to come on private land? Fine. After you’ve got a warrant.