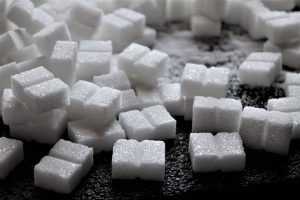 Tariffs are a time-honored way for government to offer “protection” to a select group of companies who are then able to operate with little to no competition in the domestic market. The result is always the same: inefficient producers who would otherwise be forced to compete now can charge whatever prices they think the market will bear.

The United States government created trade barriers for sugar back in the 1930s. The domestic industry has grown, and thrived, at the expense of the American consumer. But sugar protectionism has gone on for so long, that what’s evolved is more like a cartel, one that doesn’t just dictate prices, but manipulates politicians and policy as well. As Gary Galles writes:

…sugar that now costs 19 cents a pound outside America costs us 37 cents a pound, with the differential sometimes exceeding a factor of three.

That’s pretty good if you’re part of the cartel. But keeping the government protection going requires a lot of work. Including some truly astounding mental gymnastics:

[a leading] claim is that [protection] doesn’t cost Americans anything, because the sugar program gets no federal budget subsidy. In one highly misleading sense, that claim is right. Sugar producers are assessed to pay the costs of administering the quota program, so it imposes no direct tax costs on others. But to assert that makes the program free should set off everyone’s “There ain’t no such thing as a free lunch” alarm.

As with other regulatory restrictions whose administration costs are funded by assessments on those regulated, the “free” sugar program claim ignores the higher costs inflated sugar prices impose on consumers, which dwarfs any administration costs. The magnitude of the increased sugar costs is indicated by the number of candy producers, including the makers of Life Savers, Red Hots and Jaw Breakers, who have shifted production out of America to avoid what amounts to a steep domestic sugar tax, whose proceeds are paid to domestic sugar producers in the form of higher prices.

In fact, claiming that the sugar program is free is no different than claiming that allowing domestic sugar producers to finance hiring privateers to blockade our ports against ships carrying sugar to America would be free. Both restrict available supplies, raising sugar prices, benefitting domestic producers.

The cartel would have folded a long time ago but for the generosity of its political machine, the supine nature of major party politicians, and a general public lack of understanding that the cartel even exists.

It does, and it’s costing you real money. A good way to kick inflation in the behind would be to lift the cartel’s protective measures, and allow competition – and lower prices – to flourish.

Autocrats are not the answer to economic prosperity