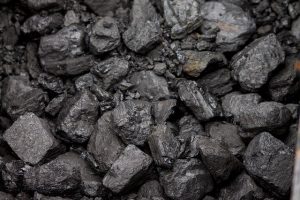 The road to an all-renewable energy future is still filled with potholes, as there now appears to be a shortage of that most hated of all fossil fuels, coal.

Coal is still widely used in the U.S. to run the power plants that generate electricity and winter heating. And as miners have cut back production, stockpiles that utilities could count on to carry through the winter just aren’t there:

Supplies are so low that PJM Interconnection LLC, which runs the electricity grid serving about one-fifth of all U.S. residents, has taken action to conserve coal for the coldest days this winter. PJM said that until April the organization will allow steam plants to shut down if they reach less than 10 days’ worth of coal on hand. The trigger is normally 32 hours of coal supply in PJM’s territory, which includes all or part of 13 eastern states and the District of Columbia.

Inventories in the U.S. power sector are about two-thirds of the five-year average for this time of year, according to the Energy Information Administration. Richard Nixon was in the White House the last time there was so little on hand, EIA data show.

Just a reminder that while a greener energy future will come – thanks to human ingenuity – it won’t come overnight. Or even within the next few years. Until then, the energy-dense fuels that built modern civilization – like coal – will continue to find markets.

Of course, if the U.S. wanted to improve the base electricity load and avoid shortages, it could always build more nuclear plants…

Elon Musk on the proper role of government