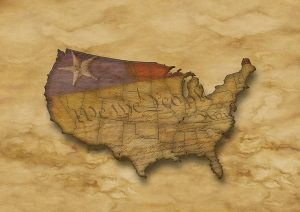 Ranking freedom in the 50 states

The Cato Institute has released its “Freedom in the 50 States” report that ranks the states on “more than 230 policy variables.”

The freest state in the nation: New Hampshire, which edged out Florida for the number one ranking —

New Hampshire grabs the top spot overall because it does well in both economic freedom (third) and personal freedom (second), something that is also true of Florida but is not the case for Tennessee. It could be a challenge for rivals to catch New Hampshire next time because of policy changes in 2021 in a pro-freedom direction, including tax cuts and the passage of the education freedom accounts program. The “New Hampshire Advantage” could get even stronger within New England.

At the bottom of the list, as it has been for a very long time: New York…

New York has been the least free state in the country for a long time. In fact, the Empire State has been the worst state for freedom in every year since our data set began in 2000. Economic freedom is the most significant weakness, but the state has not kept up with the rest of the country on personal freedom either. It belies the “blue” state stereotype in that it is No. 50 on economic freedom and personal freedom.

Where does your state rank? Check the full report here.

How to waste a pile of federal education money