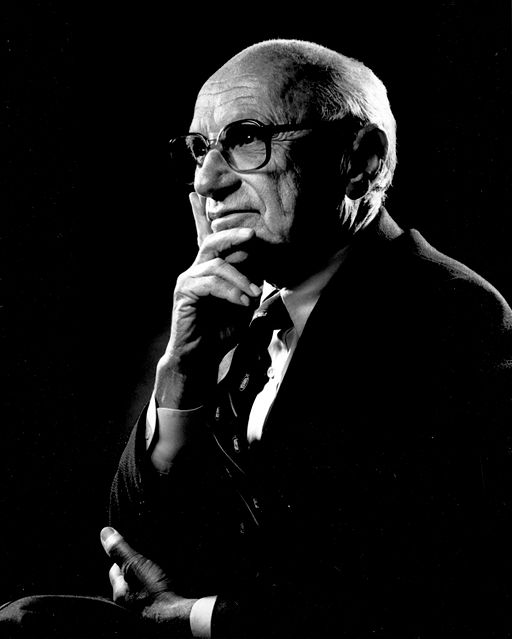 As we review the headlines in the financial press and see more stories about rising prices, supply problems, labor shortages, and outlandish government spending, we’re reminded that once, not so long ago, there were economists who warned us about all of it.

Foremost among them was the late Milton Friedman, the Nobel Prize winner and monetary theorist who, Tyler Cowen writes, is more relevant now than ever before. And not just on monetary theory:

For decades Friedman was a critic of the U.S. Food and Drug Administration, which he saw as a sluggish bureaucracy that hindered the development of new drugs and treatments. The pandemic has solidified this view: The FDA has been too slow to approve rapid antigen tests and booster shots, among other mistakes. Other public health authorities, such as the Centers for Disease Control, were not targets of Friedman’s critique, but their poor performance fits into Friedman’s basic understanding of health-care bureaucracies.

Education is another area where Friedman’s ideas seem newly relevant. Friedman was a strong supporter of school choice, but over time the movement stalled, as a variety of studies showed scholastic gains from school-voucher programs that were either modest, zero or negative. Advocates for school choice then moved on to the argument that vouchers allow parents to choose the kind of education they want for their children, whether or not test scores go up. That argument, too, went nowhere.

Then came the pandemic, when millions of American parents encountered a public school system that didn’t seem to care too much about educating their children. Schools stayed closed or offered inferior remote instruction, and generally followed their own bureaucratic imperatives. All of a sudden, home schooling, charter schools, private schools, micro-schools — in short, an entire host of “school choice” alternatives — rose in popularity. It remains to be seen how much those trends will stick, but Friedman may yet win this intellectual battle, at least partially.

Let’s also not forget Friedman’s leadership against the drug war – which is at least partially waning in the face of marijuana federalism – and against the draft…which some in Congress seem intent on reviving, and extending to women.

Apple backs down on right to repair