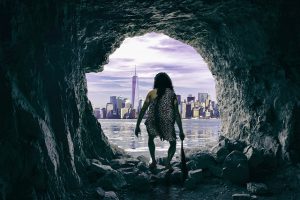 While the United Nations meeting in Scotland recently ended with promises of cuts in carbon, reductions in fossil fuels, and wealth transfers from rich to poor nations, the real work of addressing climate change proceeds apace in the private sector.

A case in point: a new way of using much less cement and steel in high rise construction:

By rethinking the design and structural requirements of building floors, a team of architects and engineers at ETH Zurich have developed a floor slab that requires only 30% of the concrete and 10% of the reinforcing steel of a typical floor. With multi-story buildings rising along with growing populations in China, India, and Africa, these material reductions could represent a major decrease in the carbon emissions caused by urban development.

How much of a reduction?  The “system can reduce concrete flooring’s embodied carbon emissions by up to 80%.”

The savings in material and carbon output mount up quickly:

By 2060, the total floor area of buildings around the world is expected to double, to the tune of an additional 2.4 trillion square feet. Much of this growth will be concentrated in cities, and most of the urban buildings to come will be mid- and high-rise towers. Concrete, says Block, is “the only material that’s available at the scale of the rapid urbanization and population growth underway.” Cutting down the amount of concrete that would be used to build the floors in those buildings could greatly reduce the environmental impact of accommodating that growth.

Another instance of the world’ most valuable resource – human ingenuity – is solving a problem that governments and armies of scolds believe can only be achieved through repressing freedom.

And it’s ready to hit the market – and make a difference — years before the litany of the statist bans and regulatory regimes takes effect.