Home > News > Progressives insist they aren’t the cause of Nov. 2 defeats 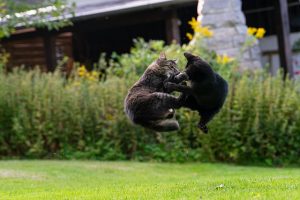 Progressives insist they aren’t the cause of Nov. 2 defeats

As Democrats in Virginia and nationally cast about for answers, and scapegoats, to explain their crushing defeats on Nov. 2, one group refuses to take the blame: progressives.

If anything, as Politico reports, the progressives say it’s the weak-kneed moderates in the Democratic ranks who are the source of all the misery:

[Progressives’] emboldened stance in the wake of the devastating loss for Democrats in Virginia, as well as setbacks in New Jersey, Minneapolis and Buffalo, N.Y., suggests that progressives will not change course ahead of the 2022 midterms — even as the GOP vows to anchor a comeback around critical race theory.

Instead, the left is determined to win the battle over the narrative of 2021, the outcome of which could help shape how Democrats campaign next year. They argue that in order to both inspire the party base and win over swing voters like suburban women, Democrats need to pass bold policies such as paid parental leave, prescription drug reform and Medicare expansion. And they point out that neither Virginia Democrat Terry McAuliffe, nor President Joe Biden, come from their camp.

“No matter whether or not you run a progressive, no matter whether progressives had any influence at all in the campaign strategy, somehow it is the reaction of some in the party to find a progressive to blame when things don’t go well,” said Leah Greenberg, co-executive director of Indivisible, a prominent liberal advocacy group, on Wednesday. “What we saw last night is that the assumed safe candidate is not necessarily a safe candidate, and at some point people have to look and take accountability for their assumptions themselves.”

That’s true. But this accountability applies just as strongly to progressives, who seem intent on driving the Democratic Party into a wall – not just in the 2022 mid-terms, but the 2024 races as well.

The wise strategy for everyone else? Stand back, let them fight for as long as they want. And in the meantime, we can get on with the business of defending liberty.