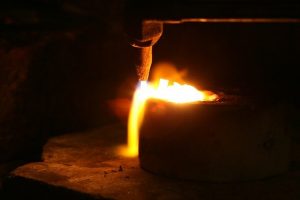 Congress has raised the nation’s debt limit through early December, at which time, we are sure to revisit the recent gamesmanship, and doomsday scenarios.

Among those was the resurfacing of an old-ish idea that the Treasury could mint a platinum coin, slap a $1 trillion value on it, and use the newly-invented reserves to fund government operations.

The Congressional Research Service looked at this idea and issued a report in 2017 detailing the problems with it. Regarding the platinum coin gambit in particular the CRS said:

Apart from various legal, accounting, and practical uncertainties, the platinum coin strategy would present several major policy issues. First, such actions by executive branch officials could be seen as undermining Congress’s fiscal powers. Second, both the U.S. Treasury and Federal Reserve have sought for many decades to maintain a separation between fiscal and monetary policy. Governments can finance their expenditures through revenues or borrowing or by printing money. The latter option, however, would likely affect the value of the dollar by signaling either a reluctance to make fiscal adjustments or that monetary policy goals had been subordinated to other ends. As a senior Federal Reserve official stated, “central banks are generally assigned the responsibility for establishing and maintaining the value or purchasing power of the nation’s monetary unit of account. Yet, that task can be undermined or completely subverted if fiscal authorities independently set their budgets in a manner that ultimately requires the central bank to finance government expenditures with significant amounts of seigniorage in lieu of tax revenues or debt.” Third, were the U.S. Treasury to obtain cash balances via such a strategy, the debt limit would likely continue restricting the issuance of federal securities, potentially disrupting scheduled auctions and undermining the U.S. Treasury’s reputation for regular and predictable debt operations. Such disruptions could raise federal borrowing costs.

In other words, a platinum coin would make matters much, much worse.

If Congress really wants to avoid future debt limit showdowns, it could grow up and act fiscally responsible, paring spending across government. But that is politically dangerous, and would require very tough, potentially career-ending votes. Far easier to chase and embrace the even more dangerous platinum coin strategy.

The opioid windfall for state governments