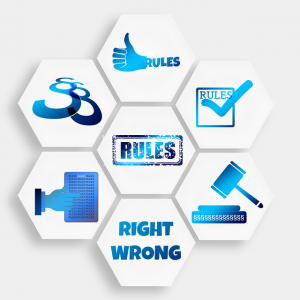 Facebook’s two sets of rules for users and content

Just in case anyone had doubts that Facebook wasn’t exactly fair, never mind consistent, in apply its own rules to users behavior and content, a series of investigative reports have exposed the company has two sets of standards: one for the masses, another for the rich and famous…

…Facebook came up with a program called XCheck, or cross check, which in many instances became a de facto whitelist. Over the years, XCheck has allowed celebrities, politicians, athletes, activists, journalists, and even the owners of “animal influencers” like “Doug the Pug” to post whatever they want, with few to no consequences for violating the company’s rules.

“For a select few members of our community, we are not enforcing our policies and standards,” reads an internal Facebook report published as part of a Wall Street Journal investigation. “Unlike the rest of our community, these people can violate our standards without any consequences.”

“Few” must be a relative term at Facebook, as at least 5.8 million people were enrolled in the program as of last year, many of them with significant followings. That means a large number of influential people are allowed to post largely unchecked on Facebook and Instagram.

To be clear: Facebook can set whatever terms of service it wants. If it wants to let one large group do whatever it wants, but prevents another from doing the same? Fine. That’s a business decision.

But the company should expect substantial pushback when those secret lists become public – and to take a hit when its years of denials about such disparate treatment are made crystal clear.

And as for site’s users? The choice to stay or go has always been yours.

Expanding the dole, and bankrupting the nation