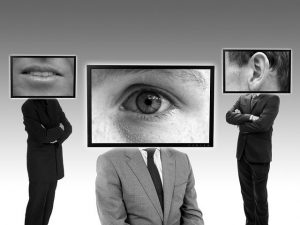 One of the bigger changes to American life following the Sept. 11 terror attacks was a concerted effort to give local law enforcement access to military hardware and an array of security monitoring devices.

The intent was simple: protect the nation’s cities and towns from terrorist attack. The long-term effects, however, have been to transform law enforcement and security, and not for the better. As Reason’s C.J. Ciaramella writes:

As military-grade surveillance equipment and technology trickled down to local police departments, so did the federal government’s secrecy regime. In 2018, New York’s highest court ruled that the New York Police Department (NYPD) could invoke the CIA’s infamous “can neither confirm nor deny” answer in response to public records requests by two Muslim men seeking documents on whether they had been surveilled by the department. (A 2011 Associated Press investigation had revealed that the NYPD’s Demographics Unit, with help from the CIA, was using undercover officers and paid informants to extensively surveil Muslim communities, not just in New York City but also in New Jersey and other places far outside its jurisdiction.) The court’s ruling extended a power once confined to our most secretive national security agencies to a municipal police department.

Although it’s been 20 years since 9/11, the local and federal budgets for counterterrorism and surveillance equipment just keep growing.

And there’s very little political will inside official Washington to change it. If anything, the politics still line up firmly behind giving government more, and more powerful, tools to monitor people all day, everyday (no charges or warrants required).

Crashing the grid in the name of green energy

Building a cradle to grave state