Home > News > Crashing the grid in the name of green energy 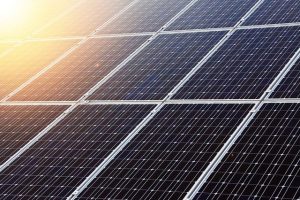 Crashing the grid in the name of green energy

The big push to add renewable energy sources to the nation’s already rickety electric grid could add even more instability to the system. Writing in the Wall Street Journal, Robert Bryce says the green add-ins are behind lager grid problems, leading to more blackouts:

Three things are weakening the grid. One is the rush to add renewable energy sources such as wind and solar, which depend on amenable weather to function. Second, over the past few years, numerous coal and nuclear plants that provide baseload power and help keep the grid stable have closed. Third, regional transmission organizations such as Ercot in Texas and Caiso in California are mismanaging the system. They are not providing enough incentives to ensure reliability such as providing payments to generators that have on-site fuel storage.

Renewable energy promoters don’t want to admit that wind and solar are undermining the grid. But the North American Electric Reliability Corporation, a nonprofit trade group, said in a report last month that “changing resource mix” is the most urgent challenge for reliability. The group says America’s electric generation capacity “is increasingly characterized as one that is sensitive to extreme, widespread, and long duration temperatures as well as wind and solar droughts.”

Bryce says adding more demands to the already challenged system – via electric cars, appliances, home systems, and much more — will inevitably hurt some more than others:

Trying to electrify everything would be a disaster, especially for low-income consumers. Poor folks tend to live in homes that aren’t as efficient or sturdy as those occupied by the wealthy. They are more likely to suffer, or even die, during blackouts or extreme weather. They can’t afford generators or backup battery systems, which can cost $10,000 or more. Generac’s customers have a median household income of about $130,000, more than twice the U.S. median.

The shift to renewables is inevitable. The problem is managing the shift so it doesn’t crash an already rickety electric grid. Making more (and carbon-free) nuclear energy part of the shift is a smart approach.  So, too, is realizing that getting to a greener future will take a lot more thought, time, and resources than just plugging an EV into an outlet and calling it a day.