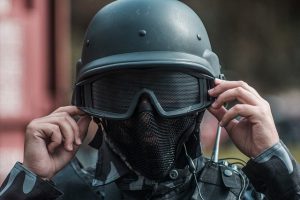 The Commerce Department’s bizarre, in-house security and intelligence operation is being shut down. As the Washington Post reports:

A nearly five-month internal review by top Commerce lawyers concluded that the Investigations and Threat Management Service…did not have “adequate legal authority” to pursue criminal probes, as it had been doing for 15 years.

Operating with little oversight, the obscure unit opened cases ranging from counterespionage to background searches on U.S. residents who wrote innocuous letters to the department’s top official, the review found.

Nearly every case languished for years without resolution, leaving individuals listed internally as still under scrutiny, the review found.

That’s a good thing, because as congressional investigators discovered, the Commerce unit was out of control:

A Congressional investigation led by Sen. Roger Wicker (R-Miss.) of the Commerce Committee concluded in July that ITMS had evolved into a “rogue, unaccountable police force” that “opened frivolous investigations on a variety of employees without evidence suggesting wrongdoing.”

Another example of the security state taking root in a federal department and thriving for years before common sense and persistent questioning brought it to heel.

How many more such “rogue” police forces are still operating inside official Washington?

There’s plenty of blame to go around for Afghanistan