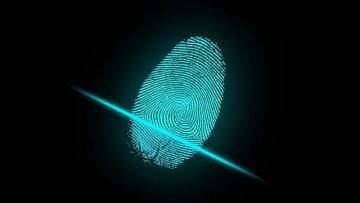 The Michigan Supreme Court is considering the constitutionality of a Grand Rapids police fingerprinting initiative that civil liberties advocates say is a violation of the Fourth Amendment.

The Mackinac Center is among the groups arguing for the fingerprinting to stop, and has filed a brief alongside the Cato Institute with the court:

The case focuses on the constitutionality of a Grand Rapids Police Department practice that allows officers to fingerprint a detained individual if they are not carrying an approved ID card, such as a driver’s license. The fingerprinting is done without a warrant and without any charges filed against the individual. The fingerprint records are then stored in a police database.

The brief argues that the original meaning of the word “search,” as used in the Fourth Amendment, encompasses activities like fingerprinting. It is further argued that Grand Rapid’s policy raises the same concerns as general warrants did at the time the constitution was ratified, because the city’s policy gives officers “discretionary power” when it comes to searches.

Some additional background on the underlying incidents that lead to the lawsuit:

Keyon Harrison, an African American 16-year-old, was walking home from school when he saw another youth with a model truck and paused to look at it. Grand Rapids police, who later claimed that two youth looking at a toy truck is so suspicious that it justifies a police investigation, stopped Keyon, took his picture, and fingerprinted him. Even though Keyon did nothing more than admire a toy, his picture and fingerprints are now in a police database. The Grand Rapids police have used this “photograph and print” procedure on about 1,000 people per year, many of whom are African American youth. Keyon and Denishio Johnson, another African American youth who was similarly printed and photographed, sued to end the practice.

The Fourth Amendment applies to your fingerprints, too. And law enforcement officials who believe building a fingerprint database without probable cause – never mind a warrant – is perfectly legal are absolutely wrong.

Cuomo understated the number of COVID dead, and loses his Emmy