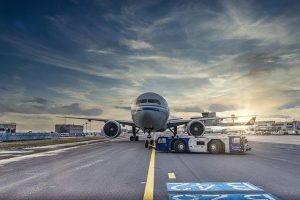 The State Department has decided it will drop the usual $2,000 fee it charges people to take evacuation flights from war-torn or disaster areas like Afghanistan:

People evacuated from Afghanistan by the U.S. will not be charged the cost of their flight, State Department spokesman Ned Price told The Hill.

“In these unique circumstances, we have no intention of seeking any reimbursement from those fleeing Afghanistan,” he said.

The statement provides a point of clarification over federal law that mandates the State Department seek reimbursement for U.S.-chartered evacuation flights.

The law requires that Americans or other foreign nationals agree to pay back the cost of an evacuation, which is typically comparable to the cost of a full fare economy flight, or comparable transportation to the designated destination.

Fair enough. But the mandarins at Foggy Bottom weren’t always going to be so generous:

One person said State Department staff were seeking large payments — up to $2,000 — from American passengers and even more from non-U.S. citizens.

When we relayed what this person told us to the State Department, a spokesperson didn’t deny that this is happening.

“U.S. law requires that evacuation assistance to private U.S. citizens or third country nationals be provided ‘on a reimbursable basis to the maximum extent practicable.’ The situation is extremely fluid, and we are working to overcome obstacles as they arise,” the spokesperson said.

The bureaucratic wheels turn slowly and often in the opposite direction of both common sense and decency.

Worse than the fall of Saigon

The litany of waste in Afghanistan