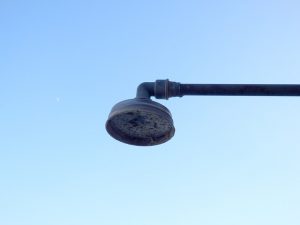 The Biden administration has decided to flex its nanny state muscles, and seek to reimpose a federal limit on the amount of water that flows through America’s shower heads:

The Energy Department announced…it is taking a step toward reversing the Trump administration’s move in order to tighten showerhead efficiency regulations.

Officials said they will propose a rule reinstating the 2013 definition of “showerhead,” which the Trump administration changed. The Trump rule from late last year sought to bypass a requirement allowing no more than 2.5 gallons to flow through a showerhead per minute.

In products containing multiple showerheads, each is considered separately under the Trump-era rule, while the Biden proposal would once again classify them all as the same showerhead to restrict the amount of water flow.

Because there’s nothing quite like federal meddling in people’s showers (unless it’s federal meddling in our bedrooms, kitchens, dining rooms, living rooms, cars, offices, etc.). And yes, the White House is planning to roll back other Trump-era changes on a host of items, from light bulbs to dryers, because we have to keep those bureaucrats busy.

The TSA provides more evidence it should be shut down immediately