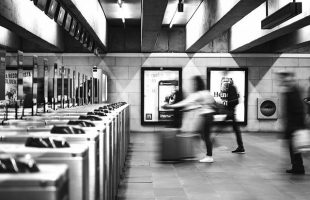 The end of government-mandated shutdowns has meant people are quickly returning to their old habits.

One habit they aren’t returning to, however, is riding mass transit. That has fans of buses, subways, and trains worried – and asking for more subsidies. As the Cato Institute’s Randal O’Toole writes, government should pay attention to the new trends in how people live and commute, rather than the old appeals for more transit handouts:

The pandemic accelerated several trends that were already happening and that had contributed to declines in transit ridership in every year since 2014. First, even after getting vaccinated, more people are working at home at least two or three days a week. Second, those who commute to work are finding less congested roads, so driving is more attractive than it once was. Third, people are increasingly moving to areas where transit doesn’t work very well: Redfin data show that home prices in “car‐​dependent” (I prefer “auto liberated”) areas are growing twice as fast and homes are selling in half the time as in transit‐​accessible areas.

Transit agencies are responding to this by reducing fares. But transit is already so heavily subsidized — getting 78 percent of its funds from taxpayers in 2019 — that a small increase in subsidies is not enough to counter the trends against transit. People who have discovered the benefits of working at home two or three days a week are not suddenly going to go back to the office five days a week because transit fares are a little lower.

Those are powerful trends. But transit’s much bigger problem is it has not changed to meet the new realities:

Transit’s real problem is that it is operating a nineteenth‐​century business model in twenty‐​first century cities. In 1890, when American cities were rapidly installing electric streetcars, most urban jobs were downtown and the streetcar lines radiated away from downtown hubs to bring people to work.

Today, only about 8 percent of jobs are in downtowns, and large urban areas such as Los Angeles or Houston have numerous job centers with as many and often more jobs than the traditional downtowns. Yet, in most urban areas, transit still has a hub‐​and‐​spoke system centered around the central city downtown. Demographer Wendell Cox’s analysis of census data show that, before the pandemic, transit carried about 40 percent of downtown commuters to work, but typically carried only about 5 percent of commuters to other major job centers.

None of this will prevent transit agencies, and their fans, from calling for more and greater government support. And such appeals are likely to gain strong backing from those who just don’t want to acknowledge that the marketplace has changed, and transit needs to change with it. O’Toole writes:

Ending the subsidies will force transit agencies to be more responsive to users than to politicians, so the sooner they are ended, the better.

Exactly – and the same applies to a host of other industries that turn to government for handouts, incentives, tax breaks, and more to cover the holes in their balance sheets, and the flaws in their business models.