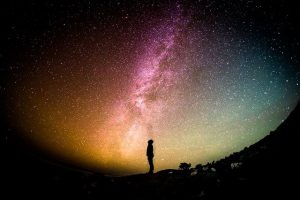 Image by Free-Photos from Pixabay
News

The luddites come out to criticize private space flight

When Amazon founder Jeff Bezos took his short jaunt into near-space, it was easy to dismiss the entire thing as a very rich many living out a childhood dream.

Plenty of people thought the same. But some – the crowd that usually parades its love for science on its sleeve – derided Bezos’ trip as a vanity trip that did nothing whatsoever for the huddled masses back on land.

It would be easy to dismiss these folks, too. But their luddite contempt for what Bezos, and Richard Branson before him, and Elon Musk before them both, has done shows a much broader hostility to human achievement.

And as Liz Wolfe writes, it also sneers at the considerable advances such endeavors will deliver to all mankind:

…the technologies created by billionaires’ space fantasies will propel many of us, rich and poor alike, to better standards of living in ways we haven’t yet fully realized.

As NASA fans constantly tell us, the agency’s spinoff technologies have improved the world. Sensors developed to measure and remove harmful moon dust have since been used to better detect air pollution here on Earth; advances in aerodynamics have made semi-trucks faster and more fuel-efficient than before; a more durable polymer material developed by NASA scientists is now used for hip replacements. It’s easier than ever to get hot water on demand, to fly airplanes, and to get a life raft that will actually deliver you to safety if you’re stranded at sea.

But a scientist need not be a public employee to make discoveries that better mankind. Musk and Bezos are competing to develop a satellite internet service that could drastically improve internet access and speed for unserved parts of the globe. SpaceX has been focused on improving the reusability of rocket components (while spending a fraction of what it would cost NASA to put similar rockets into flight), making space exploration cheaper and less wasteful.

That’s what matters, and that’s why private space research, and the billionaires’ flights of fancy, are so important.

And yes, it’s cool. Who doesn’t want to be able to take a cheap vacation in space? Apparently, the same people (or their grandchildren) who ,in 1969, said the moon landing was a “trivial prestige exercise which ignored the social conditions existing in the world.”