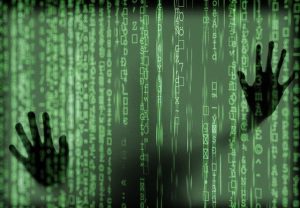 As we’ve noted before, criminals of various types took quick advantage of the federal government’s spending binge in 2020. Whether it was scamming unemployment payments or getting loans for phony companies, billions of dollars intended to help taxpayers went into the pockets of scammers and thieves.

But how bad was it really? Writing in Government Executive, Linda Miller who was part of the  Pandemic Response Accountability Committee, saw what happened to the $5 trillion Uncle Sam handed out. It wasn’t pretty. Governments were woefully unprepared to spend that much money, had huge problems finding out who should get how much…all of which played directly into criminals’ hands:

Large scale identity theft-based fraud in pandemic unemployment assistance stunned many, even those who fight fraud for a living. This problem has been brewing for at least a decade and the financial services sector has been innovating in the fight against identity theft for several years now. Data breaches are now just another fact of life, most people will acknowledge that their personal information has been breached with a resignation that hints at a sense of futility in trying to stop it. The many large scale data breaches that occurred in the last decade created a windfall for fraudsters during the pandemic, when they learned how few controls states had in place to detect identity theft.

Miller says enormous investments are needed in public sector technology and security in order to “repair the fissures in government systems uncovered during the pandemic.”

“In the future,” Miller said, “we cannot simply blame an unprecedented set of circumstances for the fleecing of the American taxpayer.”

Inflation is going to be with us for a while