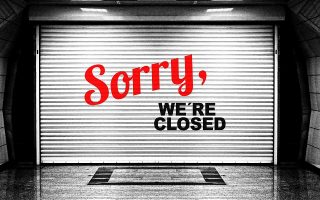 Even as the nation unwinds the restrictions and mandates governments put in place to contain the spread of the coronavirus, there remains a section of officialdom that believes we could and should have done more. A lot more. And government would have, except people refused to make the sacrifices necessary to realize the bureaucrats’ dreams.

The Biden administration’s COVID-19 czar thinks Americans didn’t sacrifice enough during the pandemic. At the risk of being unpopular, former White House senior COVID-19 adviser Andy Slavitt knows who to blame for the 600,000 American lives lost during the pandemic: It’s you, the viewer.

Slavitt resigned from his position on the Biden administration’s pandemic policy team last week and has since been making the rounds to promote his book Preventable. A big part of his message is that had individuals done more to curb their own selfish desires for social interaction during the last 18 months, we would have seen far fewer COVID-19 deaths.

“I also think we all need to look at one another and ask ourselves, ‘what do we need to do better next time?'” said Slavitt during a Monday appearance on CBS This Morning. “Being able to sacrifice a little bit for one another to get through this and save more lives is essential.”

“Preventing the spread of the disease is really about a couple of simple things; not breathing near one another in large spaces. That’s really it if you want to be overly simple about it. That requires a bit of sacrifice and change,” he continued in a clip posted to Twitter by conservative journalist Tom Elliott.

So nevermind the sacrifices millions made – the jobs and businesses lost, and the social connections severed. And pay no attention to the kids kept home from schools, their friends and family members. And let’s shove down the memory hole the sometimes-lethal bungling of governments, federal, state, and local, over how to address the pandemic.

You could have done more, says the ex-bureaucrat peddling a book.