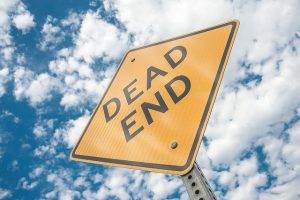 The international Energy Agency recently issued a report saying it has found a “cost-effective and economically productive pathway, resulting in a clean, dynamic and resilient energy economy dominated by renewables like solar and wind instead of fossil fuels.”

The refrain is familiar: renewables will supply all our wants, if we are willing to spend the money, and make a few changes in our habits along the way (but mostly spend money).

Writing at RealClear Energy, Robert Bryce says this is all nonsense that purposely avoids the constraints of both politics and economics in the real world. Aside from the “enormous increase in mining to supply the staggering amounts of copper, cobalt, and other minerals that are required by ‘green’ technologies,” and the environmental damage that goes along with those activities, there’s also:

…the staggering cost to consumers of attempting such an all-renewable effort and the raging land-use conflicts that are already hindering the growth of wind and solar projects in the U.S., Canada, and Europe.

How big of a cost are we talking about?

Coilín ÓhAiseadha and Ronan Connolly, two Dublin-based researchers published an academic paper that found that between 2011 and 2018 global spending on solar and wind energy totaled some $2 trillion. “Despite all of this spending, wind and solar energy still produced only 3% of world energy consumption in the year 2018, while the fossil fuels (oil, coal, and gas) produced 85% between them,” they wrote. “This raises pressing questions about what it would cost to make the transition to 100% renewable energies.”

Orders of magnitude more than current estimates. But it’s more than just money. There’s question of where to put all those solar panels and wind turbines:

Some of the fiercest fights against Big Wind are happening in the bluest states. Good luck building a wind turbine in Vermont, home of Sen. Bernie Sanders, the former presidential candidate and one of the Senate’s loudest proponents for renewable energy. In New York, so many communities are rejecting wind and solar projects that Gov. Andrew Cuomo’s administration recently pushed through provisions that will strip local governments of their zoning and taxing authority so that the state can more easily issue permits for big renewable projects. In California, wind turbines are so difficult to site that most developers have simply given up trying to build new projects in the state.

These are practical issues that can’t be ignored. Does that mean they are unsolvable? No. Given the right incentives, humanity can find solutions on cost, location, and much more. But there is no easy, cheap, or painless way to reach those solutions. They can only be achieved through human ingenuity and economic freedom. Neither of those two items seems to be on the table. Instead, it’s more mandates, bigger subsidies, and greater sacrifice…of both personal and economic liberty.

Florida tech law gives government power it should never have