Home > News > No, we don’t need a new industrial policy for semiconductors 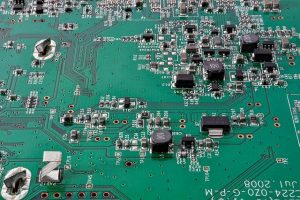 No, we don’t need a new industrial policy for semiconductors

There’s a shortage of semiconductors in the world that’s affecting large sectors of the economy – from cars to phones and many things in-between. The normal economic response to shortages is rising prices, which spurs production. But in the U.S., shortages can also spur a return to the old, discredited notion of industrial policy.

…we must face the fact that wrenching structural changes will have to be made in the economy if America’s industrial base is to regain its full international competitiveness. And these changes will, in turn, require a carefully drawn industrial policy both to encourage the flow of capital where it is needed and to ease the inevitable dislocations of the labor force.

Notice that the problems haven’t changed much in the eyes of some policy makers, and all too many economists. Now, the solution – industrial policy – is back in vogue, too.

But for the semiconductor industry? That’s an odd place to start talking about the need for bottomless government protection and subsidies. As Reason’s Eric Boehm writes, the political hub-bub over semiconductors includes a Senate bill that would hand $52 billion in subsidies to semiconductor firms if they start making chips in the U.S.:

Companies…admit they don’t need the cash to be competitive. Intel, one of the world’s biggest chipmaking companies, is in the process of building a $20 billion fabrication facility in Arizona. In March, CEO Pat Gelsinger said the project “would not depend on a penny of government support or state support.” (Though he immediately followed that comment by saying that “of course…we want incentives” and it appears that Congress is prepared to dutifully provide them.)

If there is some sort of problem with American semiconductor manufacturing—and there’s really not, as we’ll see shortly—it certainly isn’t a lack of money. The New York Times reported earlier this month that equity investors have “plowed more than $12 billion into 407 chip-related companies” during 2020, which is more than double what they invested in 2019. Revenue for global chip manufacturers was up 10 percent in 2020, despite a pandemic-induced slowdown in demand, the Times reported, and NXP Semiconductors, which makes chips for automobiles and industrial equipment, saw revenue climb by 27 percent.

So what’s the point of subsidizing successful firms with money the government doesn’t have? Fearmongering over China’s industrial policy, for one. And the usual congressional urge to throw money at problems – real and imagined – in hopes it will solve them.

What really needs to happen is for the politicians to get out of the way, shelve those bad old ideas about industrial policy, and let the semiconductor industry do its thing.

Time to bury a 135 year-old cronyist law at sea