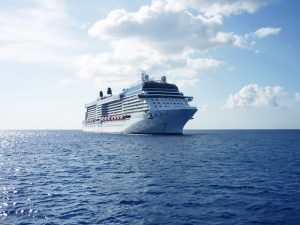 Time to bury a 135 year-old cronyist law at sea

The federal government maintains a thicket of laws from decades ago that have long outlived their usefulness and now serve only to rob the many to enrich the few.

Among those reverse-Robin Hood laws is a 135 year-old statute that is currently preventing cruise ships from returning to Alaska. As Reason’s Scott Shackford writes, the president signed a bill temporarily waiving the law, but what’s really required is its full repeal:

Anybody who has taken Alaskan cruises in the past on these major cruise ships has stopped at ports in Canada. They might not have realized that a federal law—the Passenger Vessel Services Act of 1886 (PVSA)—essentially requires Canadian detours.

The PVSA is a protectionist maritime law that requires that large vessels owned by American companies, transporting passengers between U.S. ports, be made in America and crewed by Americans. It is similar to the Jones Act, which establishes similar laws for cargo transportation.

It is a hamfisted attempt to heavily tip the scales in favor of American shipping and maritime interests. It’s not even subtext: An explainer from Customs and Border Protection states outright that its intent is to provide a “legal structure that guarantees a coastwise monopoly to American shipping and thereby promotes development of the American merchant marine.” The purpose of the law is to “advance the United States merchant marine and fleet by restricting the use of [non-compliant] vessels in the United States territorial waters.”

Except the law has long since lost its relevance: the U.S. “has not built a cruise ship since 1958; the law is protectionism for an industry that doesn’t exist.”

Yet it’s still on the books – which is why cruise lines get around the law’s requirements with their visits to “foreign ports between U.S. ports. For the Alaska cruise, that means stops in Canada.”

Which helps explain why “the Canadian government lobbies to keep the PVSA intact.”

This is madness on stilts. Give the PVSA the proper rights, then bury it at sea.

No, we don’t need a new industrial policy for semiconductors

A real reason to distrust big tech: its opposition to right-to-repair laws