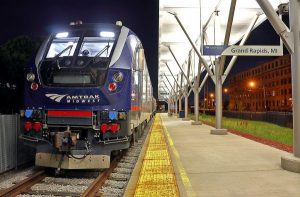 One potentially big winner in the president’s proposed $2.25 trillion infrastructure plan is a perennial money loser, Amtrak. The passenger service could scoop up the bulk of the $80 billion Biden plans for rail, and that has the group’s leaders touting new lines and destinations for the future.

Except much of anything Amtrak gets from the federal government will not be spent on new destinations but on repairs and maintenance. Very costly repairs and maintenance, it turns out – and only what’s needed to keep service from failing completely along existing lines. As the Manhattan Institute’s Connor Harris writes, most of the money will go toward:

…Amtrak’s claimed maintenance backlog of $40 billion for the 453-mile rail line from DC to Boston — an enormous sum of almost $90 million per mile, merely to keep the same service as exists today. For comparison, in countries such as France and Spain, less than half that cost per mile would cover a brand-new high-speed rail line good for speeds of more than 200 miles per hour.

Some transportation experts call maintenance backlogs a “black hole”: an excuse to spend vast amounts of money without visible results. And other projects that Amtrak has announced give few signs that cost control is a priority.

Instead, it’s black holes and budgetary quick sand as far as the eye can see, which means real expansion that could make trains actually competitive with cars will go unbuilt:

At normal world expenses, $40 billion, about half of Amtrak’s payout, could also build a thousand miles of high-speed track in the Midwest, which could mean trips of fewer than two hours from Chicago to cities such as Detroit, Indianapolis, Cincinnati, St. Louis and Louisville.

Maybe those lines will be built, someday, if there’s actual demand and rationale for it.  But the Biden plan does neither.