Home > Police State > The Internet is Bigger Than Silicon Valley 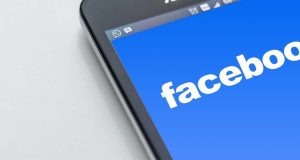 The Internet is Bigger Than Silicon Valley

A number of critics on the right accused Twitter, Facebook, and other big social media companies of de-platforming conservative and populist voices, and silencing free speech.

But as Internet Governance Project founder Milton Mueller writes, the story of Twitter-alternative Parler shows that the internet, and laws protecting it, are much bigger, and more robust, than Silicon Valley’s content rules:

Being kicked off Amazon’s cloud and shunned by all of Silicon Valley does not mean being kicked off the internet. Silicon Valley is a powerful gatekeeper but it does not have total control over infrastructural access. Ownership diversity and market competition mean that despite the powerful impact of shunning Parler, there are still suppliers for it to turn to. Yes, de-platforming does raise major obstacles to access and operations, but that kind of freedom to dis-associate is also part of freedom of speech and association. It is not equivalent to state action. In a liberal democracy, no one has a right to compel others to provide them with an audience.

Mueller also says Section 230, which says: “No provider or user of an interactive computer service shall be treated as the publisher or speaker of any information provided by another information content provider,” worked pretty well:

A potential threat to public safety was addressed, but not in a rigid, permanent and coercive way, not through state action, but through contractual arrangements and private ordering. The response is distributed, flexible and ongoing, just as social media content is. And if the response was too harsh, as it inevitably will be in some cases, there were still spaces where the suppressed entity could regroup and try to grow again. A state actor-driven response is going to be a lot more binary and a lot less correctible in cases of excess. Passing a law would impose a single, uniform standard, which would inevitably be applied in a way that would serve the interests of those in power and marginalize challengers.

The internet is still bigger, the competition more fierce, and the options for voices and viewpoints to be heard more diverse than we know. That doesn’t mean we have to agree with what’s out there, let alone support it. But we should be leery of those who urge the government to take steps to act as moderator. That is where trouble begins, and free speech ends.