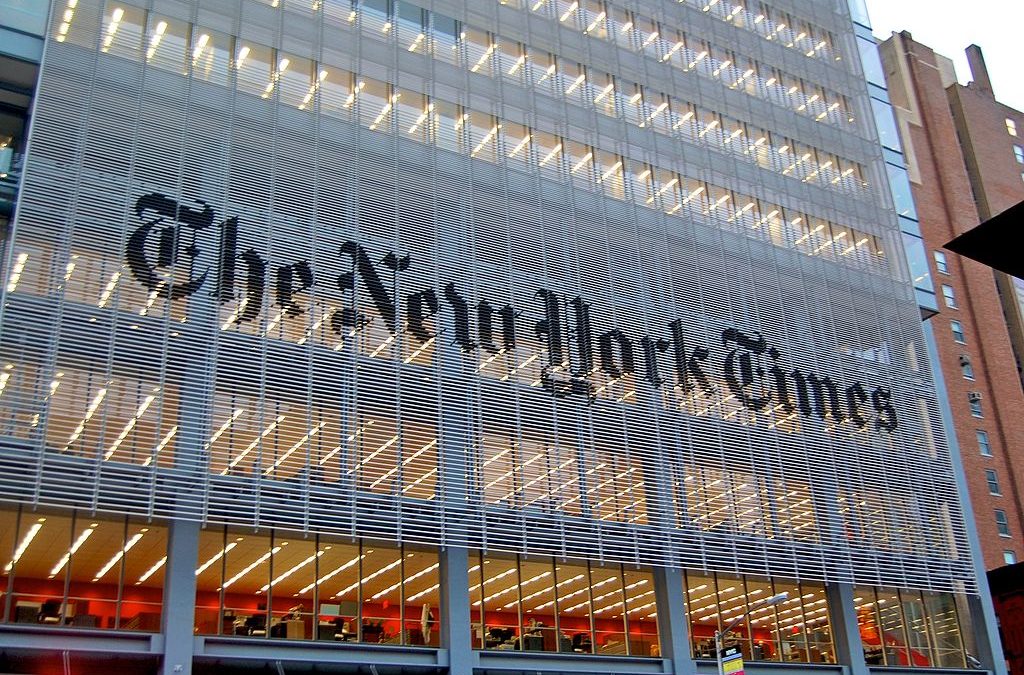 Following reports that a violent parody video depicting President Trump murdering a bunch of journalists was shown at a pro-Trump conference over the weekend, Democrats are calling on Congress to make it a federal crime to threaten or attack members of the media.

The House version of the bill doesn’t actually attempt to criminalize mere threats. Instead, it establishes “journalist” as a protected class, and defines the category very broadly as “anyone engaging in regular gathering, preparation, collection, photographing, recording, writing, editing, reporting, or publishing concerning a local, national, or international event or other matter of public interest.” Causing bodily injury to a journalist carries a penalty of three to six years in prison.

Journalists don’t need a new law to protect them from violence, though. Needless to say, it is already illegal to cause bodily injury to another person. At best, creating an additional law at the federal level is pointless. In reality, such a law could have the effect of infringing upon the civil liberties of people accused of violence. When something is criminalized at both the state and federal level, or criminalized on several different grounds, prosecutors have additional opportunities to bring charges. In practice, additional charges often give defendants little option but to plead guilty in exchange for a deal: The authorities simply have too many chances to convict them.

When I testified before the U.S. Commission on Civil Rights at a briefing on hate crimes, Commissioner Gail Heriot (a contributor to the Volokh Conspiracy) expressed concern that federal hate crime laws violated the principle of double jeopardy—a person should not be tried twice for the same crime—since they give federal authorities a rationale for pursuing additional charges against a defendant. This could easily be the case with the Journalist Protection Act as well: A defendant could face state charges for assault, and federal charges for assault against a journalist, specifically.

Yet there are no repercussions for parodying holding a severed head imitating the President of the United States….SMDH

You are right! Everything they say or do is for their benefit. They have committed treason with this whole impeachment debacle. These are the very people who for 3 years have done nothing to benefit the nation. This Congress owes the American people 3 years of back pay for admittingly refusing to work with the President from the day he was elected.

Screw the media and democraps.

So antifa rats will get 3 years each time they attack Andy Ngo or anyone else who attempts to record their actions? Thumbs up to that!

Since when did the media become part of Our Government?????

I HOPE THEY ROT IN THEIR OWN SELF DESTRUCTION.

The Democratic Party and left liberals hypocrisy still at work. The only harm to anyone in the media the past 4+ years has been from the liberal supported ANTIFA and BLM. The same 2 groups are the cause of all the attacks on innocent Trump supporters, vandalism of property, businesses and vehicles in that same 4+ years. The Democratic Party and left liberals were all fine with all those unlawful actions. Now all of the sudden this 2 minute clip. After these past 4+ years of violence of the left against Trump supporters sorry to disappoint you liberals because this is all there is. The left liberals can keep there hatred towards the media our hatred is building up only against the attackers of the left liberals squads. After 4+ years of there crap the and as it continues one day they will be taught a lesson that there parents should have taught them.

Once upon a time, I found the occupation of “journalist” a respectable one. Not any more. There is no non-biased reporting and they do not care on whose liberties or private lives they intrude. Shame on them.

This isn’t about needed legislation. It’s about grandstanding!!

To hell with that. I think we should establish a season and hunt media pussies for trophy mounting. Just like big game, everyone can hunt and tag a buck, but a State lottery draw to hunt the does. 😂😂😂😂😂

The democrats concocted the phony video and now think they are going to use it to propose a stupid law that supposedly protect the lying fake media.

Something that I think should be a law is that no organization, etc., that receives federal funding may donate to a political party or political candidate’s funding. They also may not give “bonus” gifts to employees for voting for or supporting a certain candidate.

So the Democratic Party says that the law of someone intentionally inflicting bodily harm is a crime.
Then why when the far left liberals with there ANTIFA leaders protesting hits someone or inflicts an injury to a person and they defend themselves Why has it always been that the one defending themselves is the one who gets arrested?

Actually FAKE-NEWS MEDIA ought to be tarred and feathered and run out of town on a rail. BTW DemoRats are the ones who support violence against free speech, like Antifa and Muslim Brotherhood and were the party of the KKK. Which party wants to FORCEABLY take your guns away from you? Oh yeah, the Demorats, We already have laws that protect EVERY American against violence. What? They want a “special” status now for fake-news jerkolists? Give me a break!

The media needs to report Truth not their opinion.

If they are going to make it a crime to verbally attack journalists (very few real ones left), then they need to make it a crime for journalists to attack the President. Too bad George Orwell is no longer with us. He could write a continuation of 1984 based on some of the stupid ideas lawmakers come up with.

Is this why we cannot have a balanced budget?

If journalist actually did the job their profession dictates, they would then report the news events acculturate and without personal, self embellishment. Were that truly done, they would not need special protections that
seek to hold them responsible for their intentional misdeeds with false news reporting.
Be honest. Be true. And certainly, be accurate.