By Web-dev-chris (Own work) [CC0], via Wikimedia Commons
Economics, News

Article From FLN by FLN Staff. 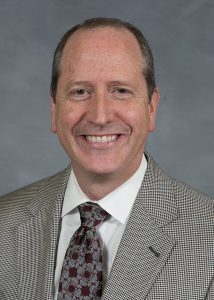 BIT PAC, a group committed to “using Bitcoins for political speech” is now revving up their ground game in support of Dan Bishop, a North Carolina state senator who is now running for Congress in the state’s 9th District.

In 2018, Sen. Bishop helped bolster the passage of North Carolina’s House Bill 86, which makes the state more friendly to cryptocurrencies by adding virtual currency license requirements, in response to the devastating 2016 “Money Transmitter Act” that restricted cryptocurrencies (further proving the value of cryptocurrency).

Because of Sen. Bishop’s leadership in the passage of H.B. 86, BIT PAC is looking to stand up for him in his bid for the U.S. House of Representatives, by investing grassroots resources in his district to let his voters know face-to-face that he is a fighter for cryptocurrency in North Carolina, and he will fight for it in Congress.

Unlike previous crypto initiatives looking to educate voters on cryptocurrency, BIT PAC aims to change that, by reaching voters on real issues, including tax cuts, defense, and job creation.

By putting elections first, and using effective ground game tactics, BIT PAC looks to target 6,000 voters in the 9th District over the coming weeks in hopes that voters of the district have a meaningful discussion and personal interaction with their field workers.

The PAC will invest $12,000 in the ground game, while also launching an “Initial Coin Offering” (ICO) that is aimed to raise an additional $25,000 for get-out-the-vote efforts.

In the future, BIT PAC looks to branch out beyond North Carolina’s 9th District, by looking to help candidates across the nation who understand the value of cryptocurrency. The organization’s “unsexy” but effective ground game hopes to see success in electing pro-crypto candidates.