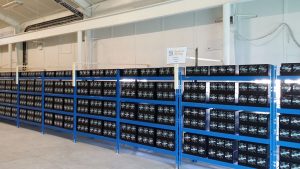 BitPac a political action committee is looking to conduct an initial coin offering or and “ICO” in order to support candidates for public office.

According to Coin Desk: Article from Coin Desk by Nikhilesh De.

There’s no value associated with BitPAC’s politicoin, Backer explained, but the goal is to ultimately grant some sort of voting right to token holders. This is further “down the road,” he said.

“It’s a utility token, not a thing of value. I don’t care if people want to buy, sell trade their token, if an exchange wants to list it that’s [fantastic]. We have some larger scale, grand or long-term plans but we have to start [somewhere].”

BitPAC’s initial aim is to support a single candidate: Dan Bishop, a North Carolina state senator running for the U.S. House of Representatives in a special election.

BitPac was initially launched in 2014 in order to explore the process of cryptocurrency in campaign finance. After an initially unsuccessful attempt, BitPac is back to test the waters again, and this time they have a candidate that will help them get clarification from the FEC on this type of donation.

Backer made clear that he wants this donation type to be used by both Republicans and Democrats provided that the entity using crypto is registered with the Federal Election Commission.

Read the entire article at Coin Base.