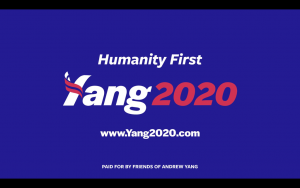 Over the weekend, entrepreneur and presidential long shot Yang rolled out a policy brief on zoning that calls for loosening restrictions on the construction of more homes in the country’s most productive cities.

“Housing is eating up more and more Americans’ budgets and making it impossible to get ahead,” said Yang. “If we relaxed zoning laws in certain areas it would enhance productivity and allow us to create many more affordable housing options.

Yang goes further by pointing the finger at existing homeowners for supporting the kinds of development restrictions that make housing so unaffordable for would-be homeowners.

“Those who already own homes have made it significantly harder for those who don’t to recognize that dream. Through NIMBY (not in my backyard) and zoning laws, the ability of new housing to be built in certain areas has been impeded to the point where the vast majority of Americans can’t afford to live in the largest cities,” reads his campaign website.

Cops Try and Fail to say Bird Droppings are Cocaine

Yang is a TYPICAL LIBERAL POLITICIAN!!!! Instead of taking the responsibility for THE MESS THEY CAUSED [by spending money ‘we the people’ don’t have, by fraudulently spending taxpayer money, by taxing the economy till it FAILS to pay for their ‘pet projects’ and then RAISING TAXES to pay their raised salaries, etc].

they want to change the system.

THEY STILL WANT TO CHANGE THE NOWWORKING SYSTEM;; SOME THING THAT((“I.E.’)) THEIR,S. <>THIS CAN NOT HAPPEN. THEY ARE STILL TRYING TO GET BACK CONTROL ,,of,, (“OUR AMERICA”) THIS CAN NOT NEVER ; N EVER ; EVER ; NEVER ;; HAPPEN.!!!! ??? THEY WILL CONTINUE TO ‘TRY’ BUT WE ALL TRUE “AMERICAN,s MUST NOT LET THIS “HAPPEN”. THEY WILL? WOULD!! THEN BE ABLE ‘TO FINISH THEIR MISSION:: TO DESTROY OUR UNITED STATE,S “of” OUR AMERICA.. THIS CAN NEVER HAPPEN.