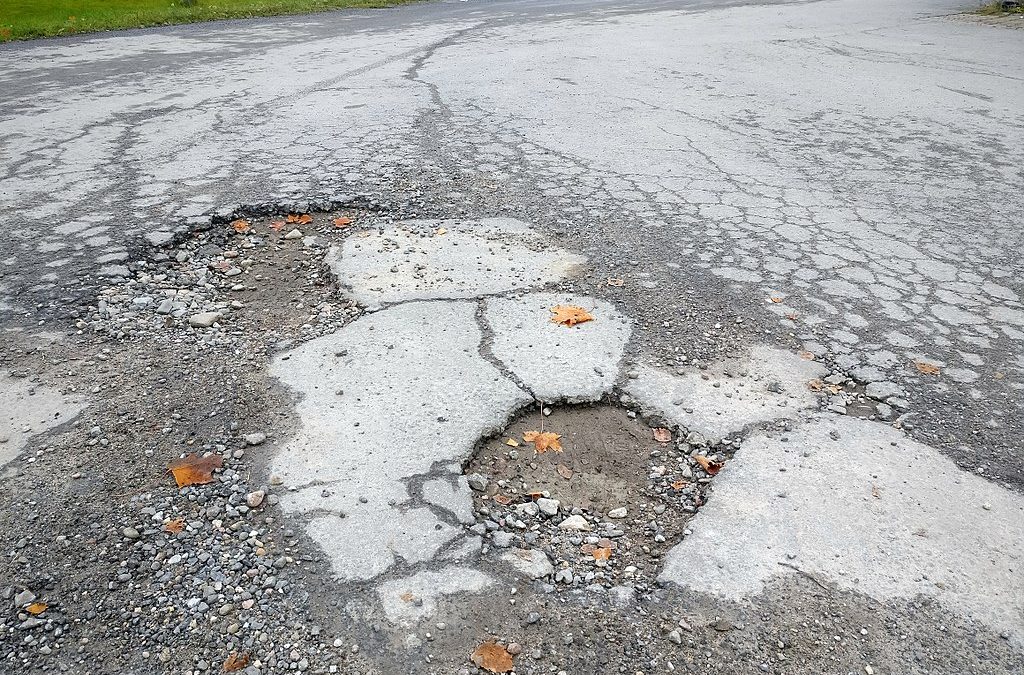 A 12-year-old Michigan boy has taken it upon himself to do what the government can’t seem to manage.

Monte Scott of Muskegon Heights used a garbage can full of dirt to fill at least 15 potholes near his family’s home last week. “I didn’t want people messing up their cars like my mom did,” he told WZZM. “If somebody were to drive down the street and hit a pothole, and then would have to pay like $600-700 to get their car fixed, they would be mad.”

Scott has gone viral in recent days after a video posted to Facebook on Wednesday showed him at work:

Scott told the Muskegon Times he’s wanted to fill potholes for months, and finally did so following a half-day at school. “People complain and complain, and the city never fills them up,” he said. “And I feel horrible because they never do it. They should fix the streets.”

I trust the Muskegon officials are hanging their heads in shame (I doubt they are) that a 12 year old boy is doing their job for them and not even getting paid to do it. The young man should submit a bill to the country and deserves a truly earned pat on the back.

The kid will probably get fined for illegal dumping or some other citation. That’s usually how good deeds are handled by the government.

I tried this last year and rain empties the holes. They are only ok for awhile.

Sure, IF they ever get around to it!

Bless his heart, he had the courage to take the first step in the right direction and brought attention to, I’m guessing “Metro”. Metro has taken over our city and now we are a sanctuary city. my advice is ask for a bike lane they will be right there in no time!

I hope this gets to President trump and he inquires about where, exactly, the taxes for repairs is REALLY going!