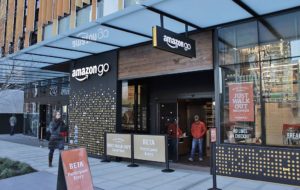 Johnson’s support would have been crucial for shepherding the promised local incentives, which included nearly $1.3 billion in income and property tax breaks, through the city council. Gianaris, a fierce critic of the deal struck by Cuomo and De Blasio, was appointed in early February to the state’s Public Authorities Control Board, a position he could have used to block the $1.7 billion in state incentives, which included $1.2 billion in tax breaks plus between $300 and $500 million in cash grants pegged to job creation targets.

“A number of state and local politicians have made it clear that they oppose our presence and will not work with us to build the type of relationships that are required to go forward with the project,” said Amazon in its statement.

“A small group [of] politicians put their own narrow political interests above their community—which poll after poll showed overwhelmingly supported bringing Amazon to Long Island City—the state’s economic future and the best interests of the people of this state,” echoed Cuomo.

The left don’t want the people to have jobs and stand on their own two feet. This is just hilarious that this bar tender has done, NYC deserves what they got along with DE Blasio, and Cuomo.

BUt yet De Stupido blames Amazon for cancelling the deal. Leftists can spin anything to make it look like they are not to blame. Typical Saul Alinski tactics.

Eating themselves into oblivion…See ya later DEMONrats

Definitely a huge mistake. Amazon is one of the largest companies in the world and would have done nicely in NYC. I sell my products through Amazon and it has done wonders for my small business.

Let me see……Cuomo. Gianaris. DiBlasio. Any “bent nose” much here? “You don’t PAY, we don’t PLAY”. Bah-Dah-Boom, Bah Dah Bing”. Somebody at Amazon said the payola is too expensive to get this deal through. Ever wonder how “politicians” PAY for their mansions? Their “security teams” (Pelosi). Their private planes? And you thought Lobyists were crooked! New Youk, “The city that lets babies DIE” is stinking crooked. Stay away from it.