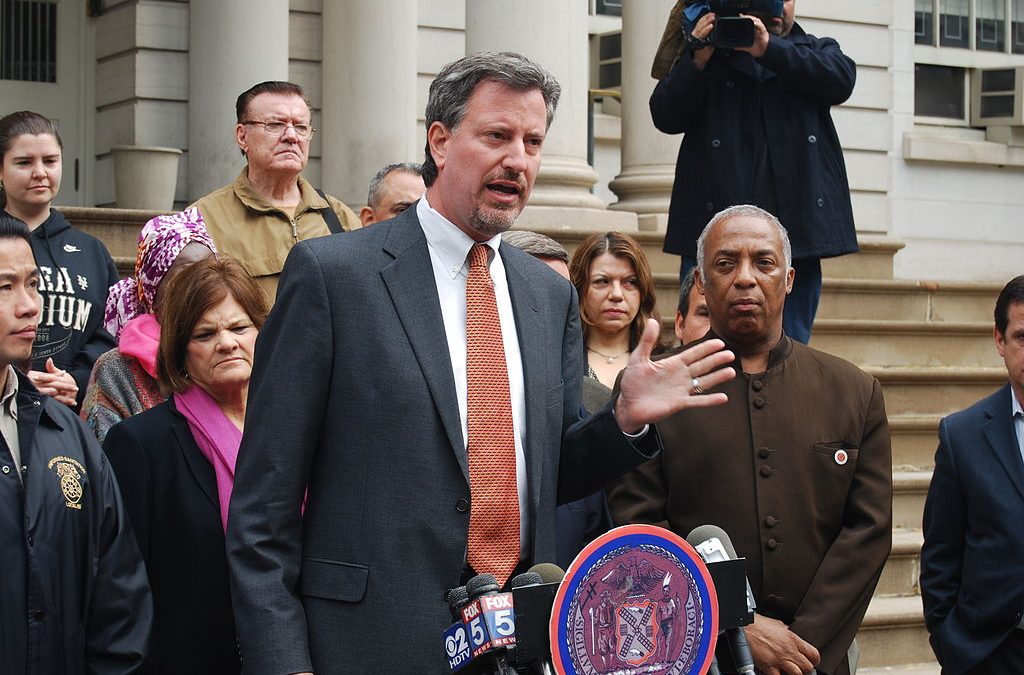 New York City Mayor Bill de Blasio (D) is known for being a gun control zealot. He’s done everything in his power to make gun ownership as minimal as possible. But now, he’s taking aim at private property.

During an interview with NY mag, de Blasio said something rather scary: that the government should control property, meaning the average American shouldn’t have a right to own buildings or homes.

It’s rather scary that someone who is a star in the Democratic Party admits that he wants to create a utopia here in America. How do other socialist countries start? With the people being disarmed. Then the government moves to control every aspect of a citizen’s life. And that’s exactly what de Blasio wants to do.

There’s not much difference between Comrade De Blowhole, ex-community organizer Barry Soetoro, and an ex-Venezuelan bus driver, They are equally incompetent…

Fascism: A political system in which an authoritarian government does not own businesses and industries, but strictly regulates and controls their actions, output and rights – while forcibly controlling and suppressing citizens and their thought and speech via stringent laws.

I think all the “isms”, are bad. Russian and China are good examples. Both became a capitalistic society, why? because the people could live and work better and with FREEDOMs. These idiots who want the “isms” are nuts and I can only hope that they meet a truck in the road sometime soon. They are ignorant and childish like they didn’t get enough of their mommies or daddies attention growing up. I believe firmly that all those that want to destroy America should be taken to an island where they can’t escape and leave them there. I just don’t know what island is big enough. If no island, then let’s just put them in prison, and I already have a list of those that need to go; the ones who are antiAmerican: Obama, Clintons, G soros, Lynch, Comey, Holder…you know the list goes on. As a side not, all these people came to fame during Obama’s regime, who I call the idiot president that can’t turn loose of the presidency. The ONLY exPres who can’t leave D.C. and let the U.S. operations to the current President. But the LEFT and LIBS are so upset their Queen didn’t get into her designated house, America may never recoup from the Obama years damage. Unfortunate. I’m waiting for the civil war, libs v rationale people.