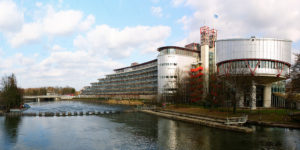 Article from Fox News by Lucia I. Suarez Sang.

The freedom of speech does not extend to include defaming the prophet of Islam, the European Court of Human rights ruled Thursday.

The Strasbourg-based ECHR ruled that insulting Islamic prophet Muhammad “goes beyond the permissible limits of an objective debate” and “could stir up prejudice and put at risk religious peace.”

The court’s decision comes after it rejected an Austrian woman’s claim that her previous conviction for calling Muhammad a pedophile, due to his marriage to a 6-year-old girl, violated her freedom of speech.

The ECHR ruled Austrian courts had “carefully balanced her right to freedom of expression with the right of others to have their religious feelings protected.”

To helll with Austria

Regarding the court’s desire to protect the religious feelings of others, as they claim their interests lay, what might happen if and when those whose religious feelings were injured by another’s freedom of speech gain power, which they might, given their demonstrated tendencies. One wonders.

Courts rising above God again. Won’t end anytime soon. I’m glad my Christ is able to care for these non issues on his own. Praise the name of Jesus

Guess they need a Bill of Rights!

Europe seems to insist on being totally destroyed from time to time, just to straighten out their thinking. Perhaps it should fix its immigration policy before “fixing” its laws to suit strangers.