Home > News > BIG GOVERNMENT: England Forces Children To Do This 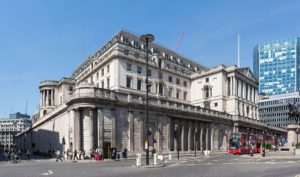 BIG GOVERNMENT: England Forces Children To Do This

Children as young as six were forced to write a “gay love letter” in the name of promoting diversity at a primary school in England, according to LifeSiteNews.

Video released from BBC Radio Manchester shows a class at Bewsey Lodge Primary School where students were asked by their teacher to imagine themselves as Prince Henry writing a letter to his male servant, Thomas, asking for his hand in marriage.

“This school teaches children about LGBT relationships from an early age,” the video explains. “This class of 6-year-olds is learning about gay marriage […] all ages take part in LGBT lessons.”

The UK mocks and laughs at Trump all the while forcing their youth to accept in a behavior that is not accepted by the majority and it is telling that the UK must indoctrinate the most innocent in their society should make any parent angry as hell.

Evidently England has become one of the worlds largest bunch of fools,

This is a sick and twisted promotion of a deviant lifestyle. I do not propose to regulate the private activity of people, but influencing children toward this is just wrong. Confusing children before they have had a chance to realize who they are is child abuse.

Murder is all around us! Going to teach them how to tolerate that. Just part of diversity you know.

NO child under 18 years of age should ever be exposed to those perversions; yes they are out in the world and by that age they will be sufficiently mature to process the information in an healthy manner, and deal with that reality; but not before that; it’s simply gross CHILD ABUSE to expose them to such notions.